So the Holy month of Ramadan is over, and now we are back to our normal lives and routines for the next 11 months. This time however, I observed some interesting patterns in Ramadan that were not so popular or the norm in the previous years.

Is Ramadan a Fashion Show Now?

I went through the Instagram accounts of some “fashionistas” (A word that has become meaningless along with “influencer” and “social media activist”), and I noticed that some of them wore a different kaftan/jallabiya/thoub on every single Ramadan night out to different tents. Now people who know me already know that I am a fashion addict, but seriously, when did Ramadan become a month of showing off and literally allocating a budget only for Ramadan style outfits? What does this have to do with Ramadan? I believe it started with all the suhour events that are hosted by major TV stations. Of course, since we are a herd of sheep, this became the only style to be seen in during the month of forgiveness, blessings, and humbleness. And where better to show off than the most popular Ramadan tents out there?

ever since we were kids we were accustomed to the idea of donations and giving away food to the less fortunate during Ramadan. It was done at an individual level, then CSR came into place. But unfortunately – and disgustingly – it is ill-performed. Both individuals and companies are in this appalling race where they are trying to show off that they are the most caring, most considerate, and always trying to make the world a better place. How do they do that? By taking endless photos of course and posting them and publishing them everywhere! Alas, these pics are taken with the less-privileged, adding humiliation to their poverty and already established stigma. There are certain guidelines that should be followed if you want to be known as a good and reputable company in terms of CSR strategies and initiatives. Do your homework instead of showing off and turning your stakeholders off instead of impressing them for the sole purpose of making a profit. Try it. It works! 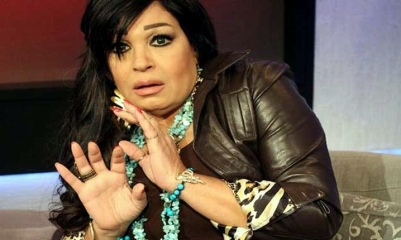 Every half-decent actor thinks that they are a legend and decide to become the star of their own show with 200 actors revolving around them in a series of 30 episodes (sometimes more) where scenarios, plots, and storylines are almost nonexistent. And unoriginal! You see American shows going on and on for many seasons, and yet they still manage to keep you on your toes and at the edge of your seat. Why don’t we have this over here? Because the concept of ratings doesn’t exist and canceling shows or keeping them has nothing to do with viewership. We notice that certain actors are “adopted” by certain TV stations and you see them on those said TV stations year in and year out. Competition and rivalry and striving for quality and perfection don’t matter as long as your contracts are guaranteed and our opinions as viewers don’t matter. Am I right?