The Social Media Scene in Jordan

The social media scene in Jordan has been exactly the same for the past few years. Nothing has changed except perhaps for the slight drop in the number of tweet-ups than what we have been subjected to in the last two years.

Below are the main characteristics of the social media scene in Jordan that hopefully will change very soon!

Every day you open your social media accounts on Facebook, Twitter, Instagram, and now Snapchat, you are bombarded with countless pictures and videos from so-called “influencers” on your news feed, while being so cool and influential and better than the rest of us for being invited to meaningless events that have no visible results that impact the success of the businesses organizing these tweet-ups.

Companies became so obsessed with these tweet-ups in a monkey see monkey do kind of way. Also, the same group of people are invited to all these events with the same style of posts on their social media accounts. No analysis, no studies, no proper research is done to evaluate the necessity of such events, and what kind of results and ROI they will have on the business.

Once someone has some 5,000+ followers, they immediately start to think of themselves as Gods. And it is not only them who should take the blame. Others become blind followers to them, praising every single thing they say and do. Such big words have been loosely used to describe people who have access to a Smartphone, data plan, and can use social media.

How can you be an ambassador when all you do is attend events for literally anyone and do not have the least amount of decent media training, proper writing, and you can’t even carry yourself like an ambassador should? How are you an influencer when you don’t have the right content that intrigues, motivates and encourages your followers to take action? How can you be an influencer when all you do is bark but no bite? All you do is talk but no action?! As for the activist, please people search for the accurate definition of the word before you call yourself one!

Social media gave birth to a new breed of experts in every single field imaginable. Mashallah everyone can talk and discuss religion, politics, social issues, foreign affairs, economy, entertainment, technology, fashion. They even know what food you should be feeding your cats, when they hate cats, and what coffee you should be drinking, when they are tea people in reality. We are already a population that finds it offensive to their intelligence and ego to say that they are unfamiliar about a certain topic, and social media provided a wide path for them to show off their “ignorant knowledge”.

A Social Media Manager is mistaken for a page admin

Maybe social media is somewhat a new field or in its infancy still, and that is one of the reasons why people don’t have a clear idea of how social media actually works and how social media professionals execute or carry out their job and responsibilities. Many people narrow it down to only being an admin who just posts stuff and answers questions, forgetting that it is the same as any other job that has a detailed strategy, with many tasks, responsibilities, and duties. 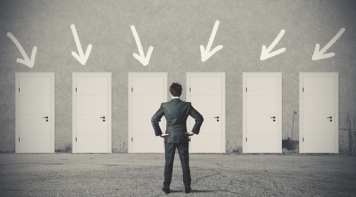 Way Too Many Social Media Agencies